IT in Business - The New Mantra for the CIO

The Role of DCIM in a Lean, Clean and Mean Data C

Technologies Taking Industries to the Next level o

Trends that will dominate the Mobile Industry in India 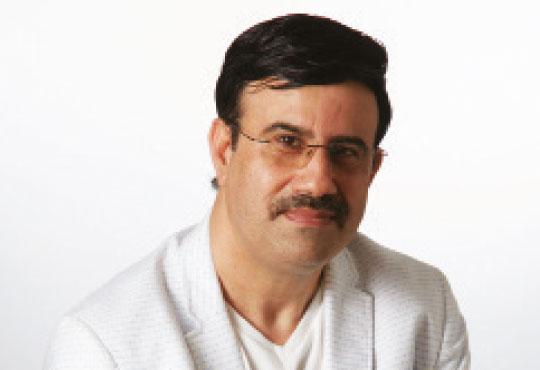 Mobile Phones are no more just a mode to communicate; they are being used to do so much more and in ways never imagined before. They have turned smarter and better and with every launch we can witness a new technological update. Indeed, the year 2017 witnessed a boom in the very dynamic Mobile Market in India.

The wave of growth in India’s internet penetration is expected to come from tier II and tier III cities. The growth is expected to be fueled by availability of low-cost smart phones, low rates of data plans and development of smart cities in rural areas. The government led initiative ‘Digital India’ / ‘Smart Cities’ will certainly bring a boost for the mobile sector as that shall further emphasize on the banking services. The flexibility of technologies and convenience to use makes them capable of meeting the future needs of customers, merchants and service providers.

Over the past few decades, India has been at the center of consumer demand fueled by technological advances. Now with Sri. Narendra Modi’s ‘Digital India / Make in India’ Campaign, the paradigm of business is undergoing a massive transformation wherein the IT & Telecom Market has undoubtedly seen a positive upward growth.

India has a large and growing millennial population – young, tech-savvy consumers with rising earnings potential and disposable income. This demographic has historically been and will continue to be, an early adopter of modern technology and new models of media consumption. India therefore is a market which is ripe for digital media investments. The demographics are all stacked in India’s favor for digital consumption.

To start with, Digital India ensures that technology is made available to citizens, enabling India to be digitally empowered in the field of technology. With Demonetization, adoption of Digital currency brought a new facet among the smartphones. As the market became more competitive amid aggressive 4G rollout along with the rise of digital currency it triggered higher demands for smartphones. Along with this the year also saw the Ecommerce boom which kept the users further hooked to Internet connectivity and their smartphones. With popular brands like Flipkart, Amazon in the market, people are using their smartphone to search for products and services, give orders, make transactions etc. Even the Regular bank related transactions have now done digital. Almost 60% of the customers uses mobile devices in 2017 to check their account balances, view recent transactions, pay bills or transfer funds. Next the apps are playing a key role in business and communication tool and the trend will further strengthen with the coming time period.

Another trending conversation, centers around IoT, the major game changer in the transformation of India into a digital economy. Mobile development has gained momentum in past few years and the trend has progressed from smartphones to Internet of Things. IoT-based solutions are not just for urban India; they offer rural citizens access to services that were earlier out of reach. The government has taken up the initiative of building smart cities across the country. This means IT companies will play a vital role in creating infrastructure and providing services to both government institutions as well the citizens. It is expected that the technology of IoT (Internet of Things) will play a vital role in this Endeavour.

Along with the growing developments, Security, is of utmost importance in the digital world. From confidential government data to your personal username and password, everything is important and should be protected from hackers and online frauds. It seems that everyone is talking about mobility, the cloud, and digitization. Bio-metric systems and other unique technologies are being developed for tighter digital security. While it’s exciting to think about the new business models these technologies make possible and the trillions of dollars in opportunities to be gained, there are also very real risks. Besides increasing smartphone usage and adoption of 4G technology, wide distribution, booming consumption & continuous innovation along with low entry barriers continue to fuel the growth of mobile video. Mobile video, set to comprise two-thirds of all mobile traffic and more than half of online ad spend, is a highly valuable investment for advertisers.

India though a very dynamic market, represents the largest opportunity being the second largest mobile phone market, after China. With developed countries seeing maturity in smartphone penetration, the focus is now on developing countries which shall continue to grow.

Enhancing Productivity and Collaboration for a Dispersed Workforce

Drones Are Coming To Your Business

Monetization of The Internet Of Things - Extracting Value from Connectivity

Baseline IT Transformation in Digital Era